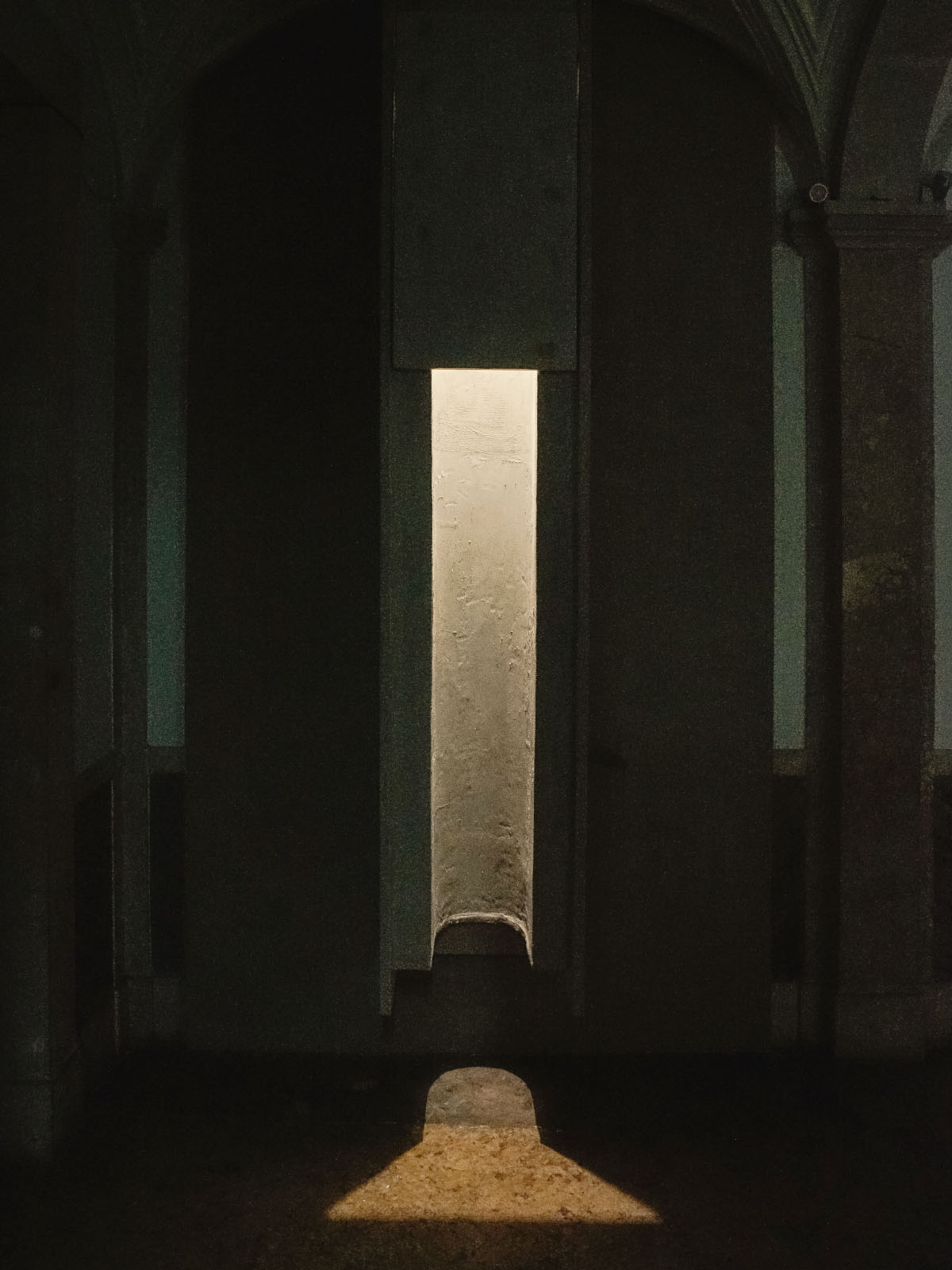 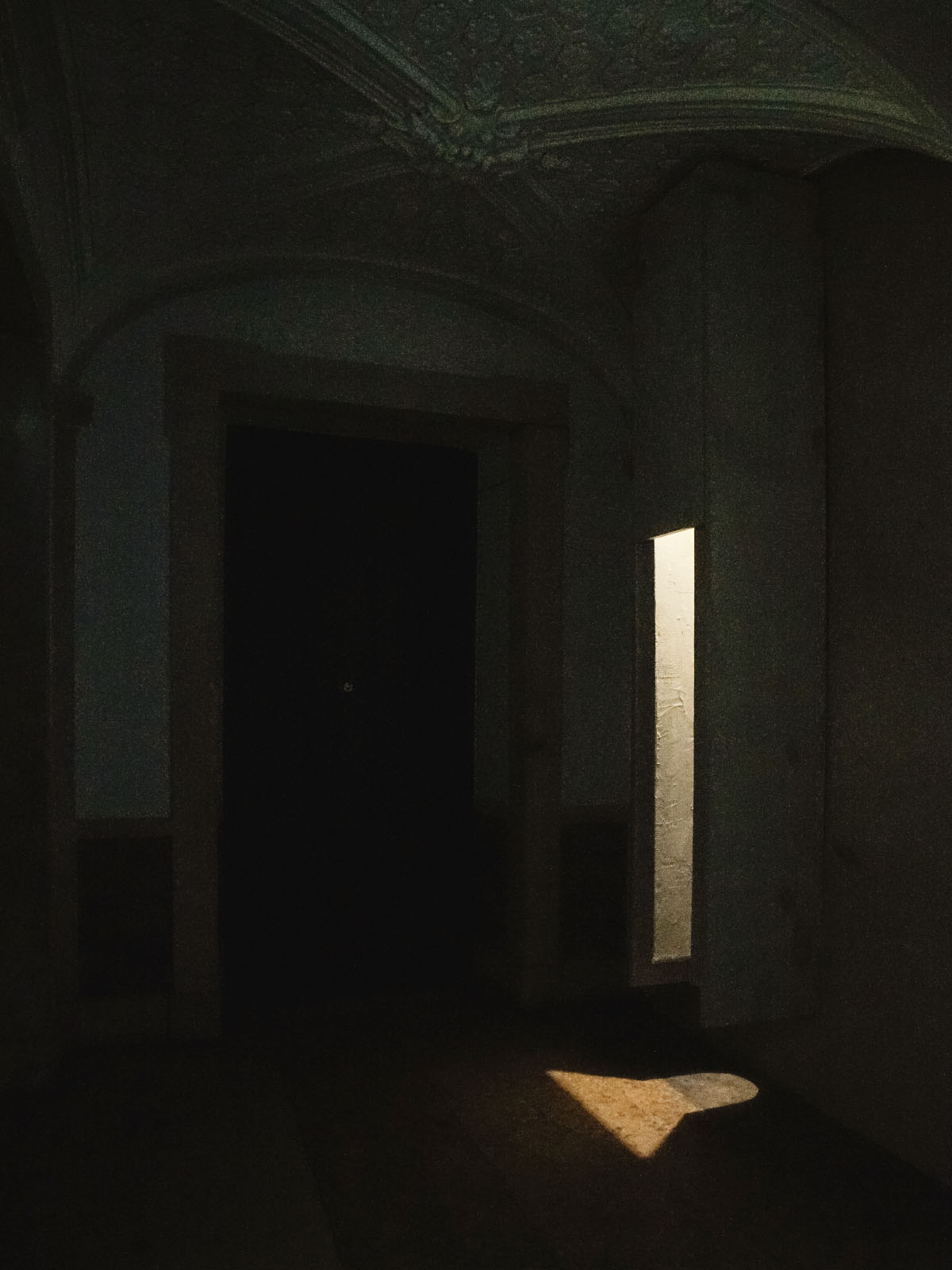 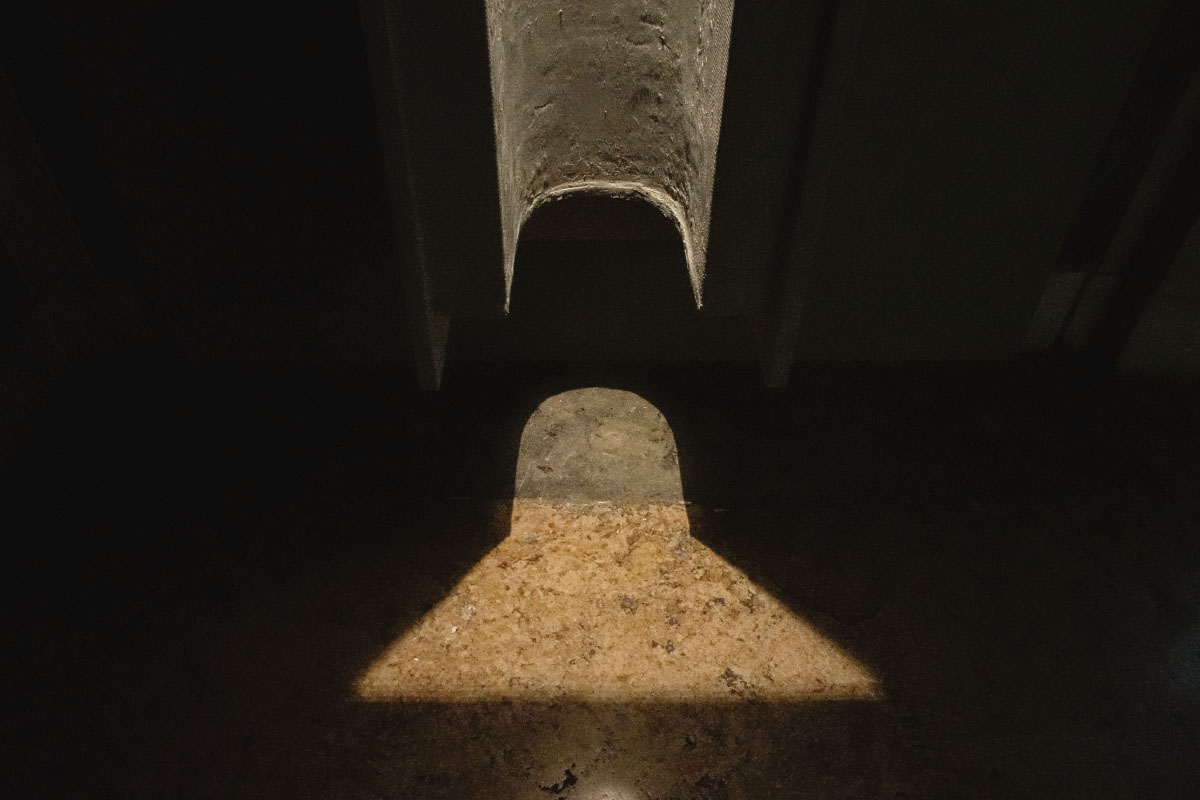 For the 9th edition of Bairro das Artes, Módulo de Aqueduto V2.0 [Aqueduct Module V2.0] was presented. Reconfigured, the work was installed at Camões Library, re-ordained and reorganized, at a distinct cistern/reservoir, of a diverse light [interpreted as Knowledge].

Initially conceived to the Casa da Cerca cistern/reservoir and foreseeing the end of a route, Módulo de Aqueduto [Aqueduct Module], allowed “(…) at an almost absolute darkness to which one confronts, creating perhaps and to some, a discomfort of a sort, by lack of immediate reference, the revelation of Light comes as relieve (…)” following the wake of Emília Ferreira (the National Museum of Contemporary Art Director, then Director at Casa da Cerca) and quoting the catalogue produce in 2017. Light was the “other” material, non-plastic; and being Light it was simultaneously the colour that had served as basis for João Dias’ works thus far, releasing it – colour – from and through his creations.