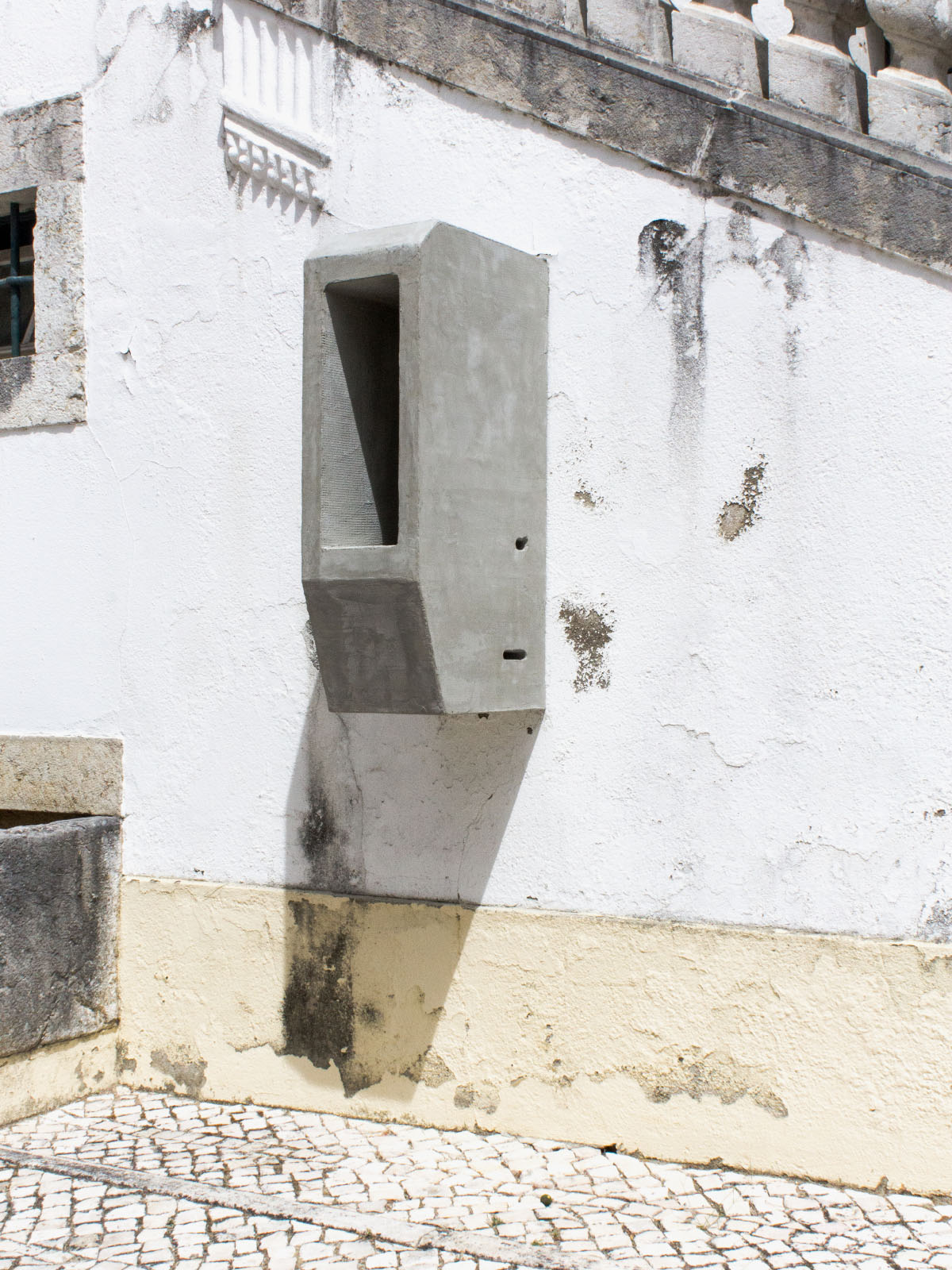 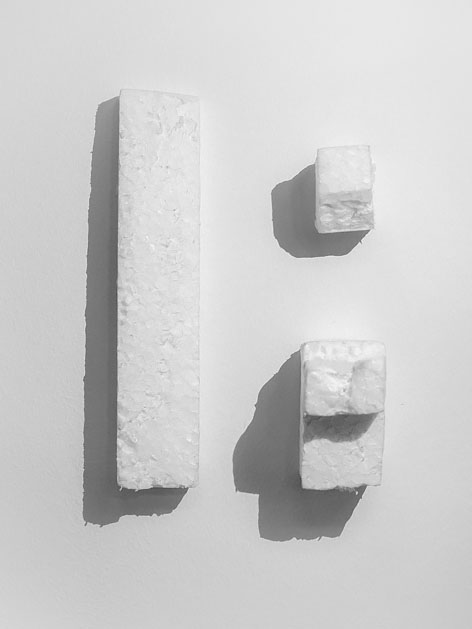 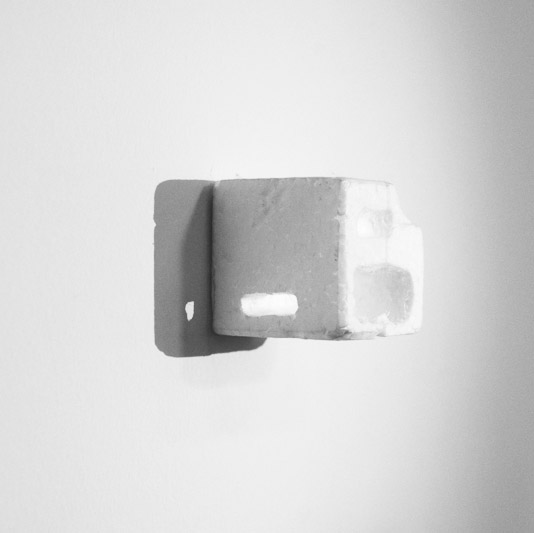 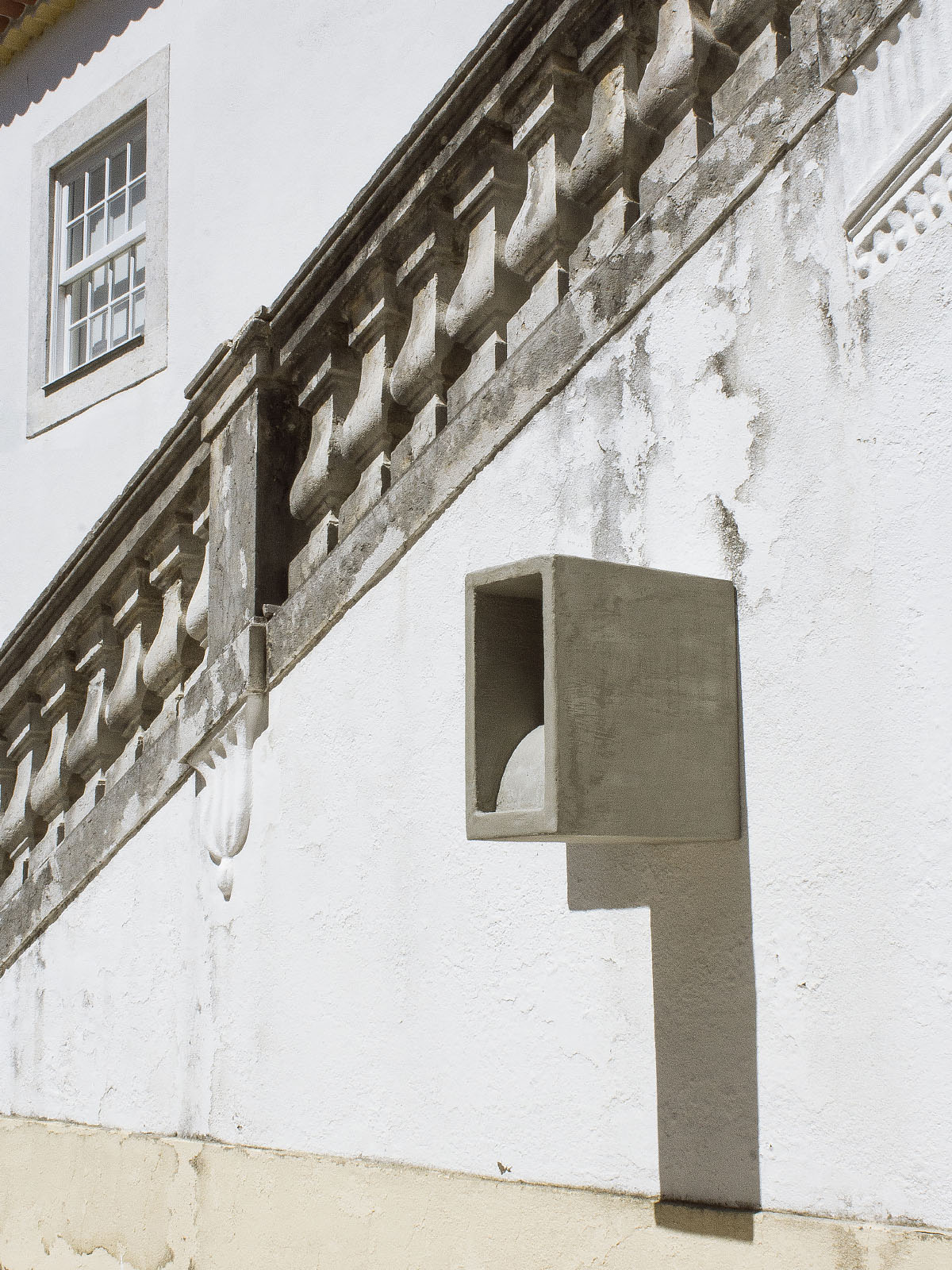 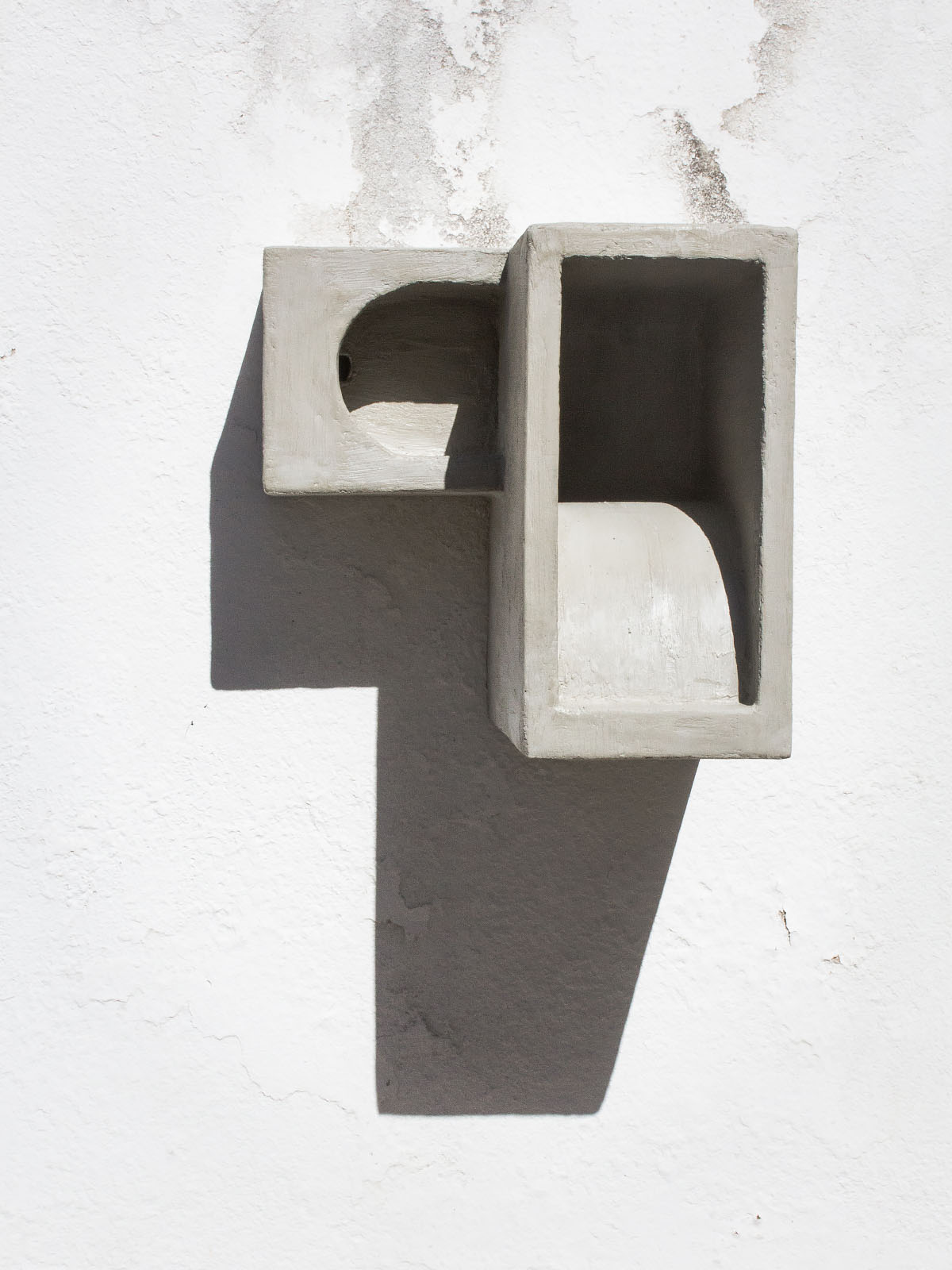 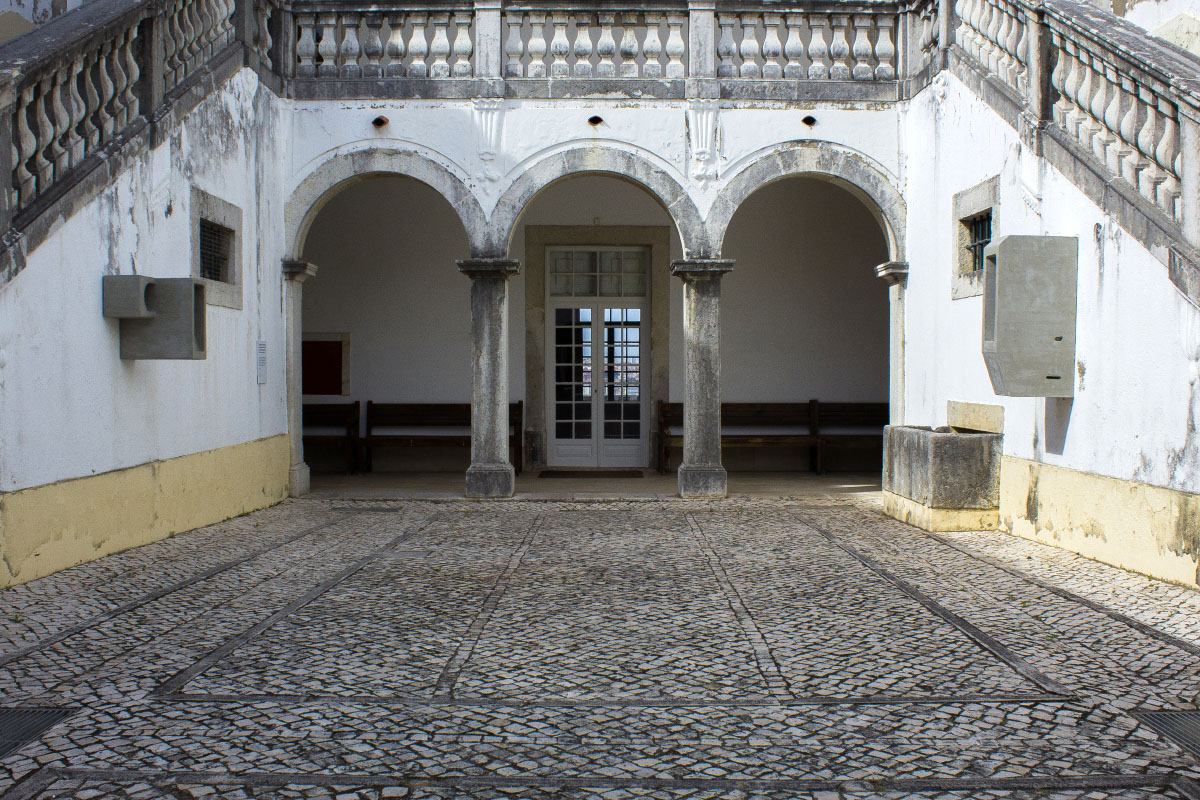 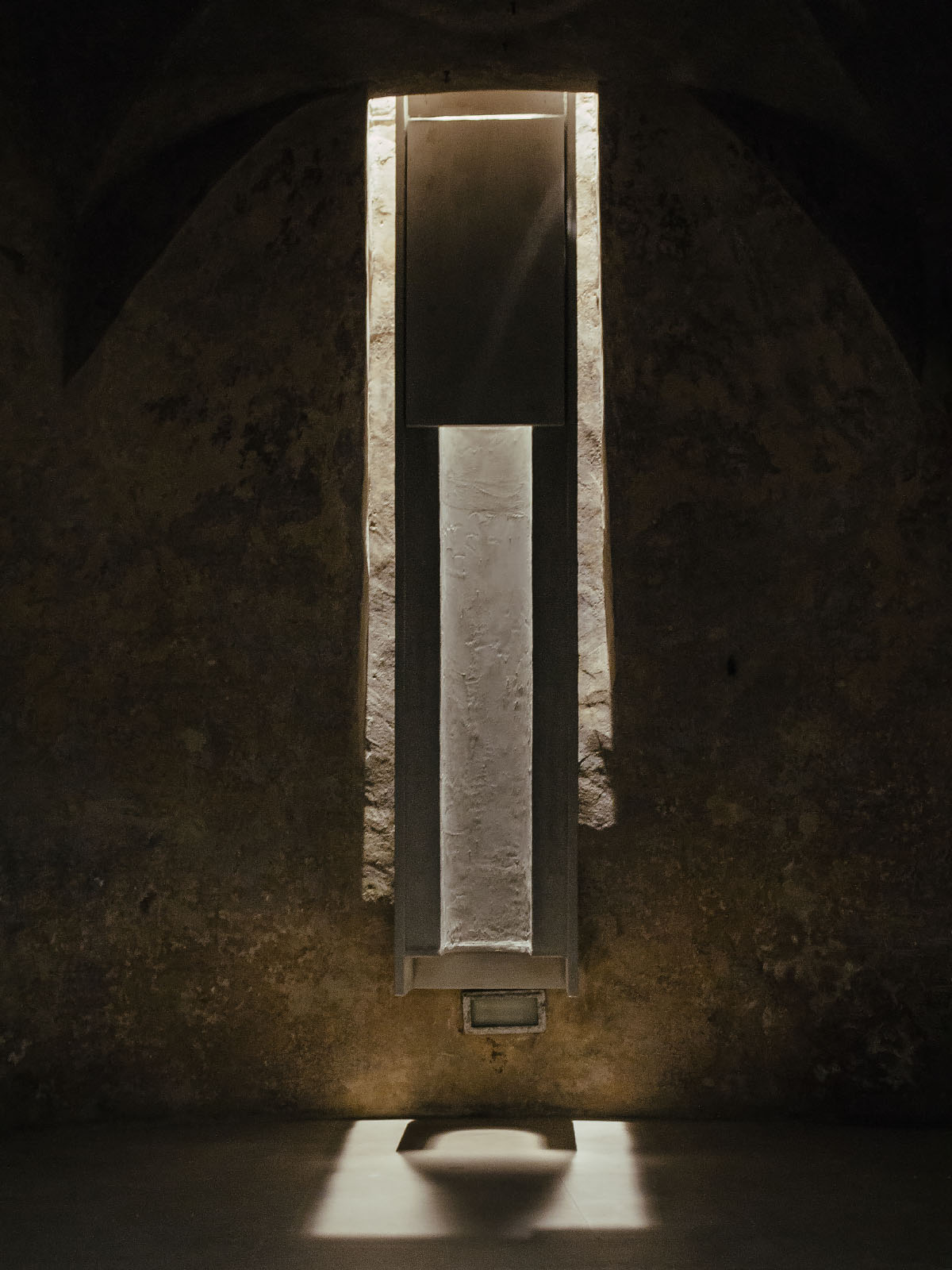 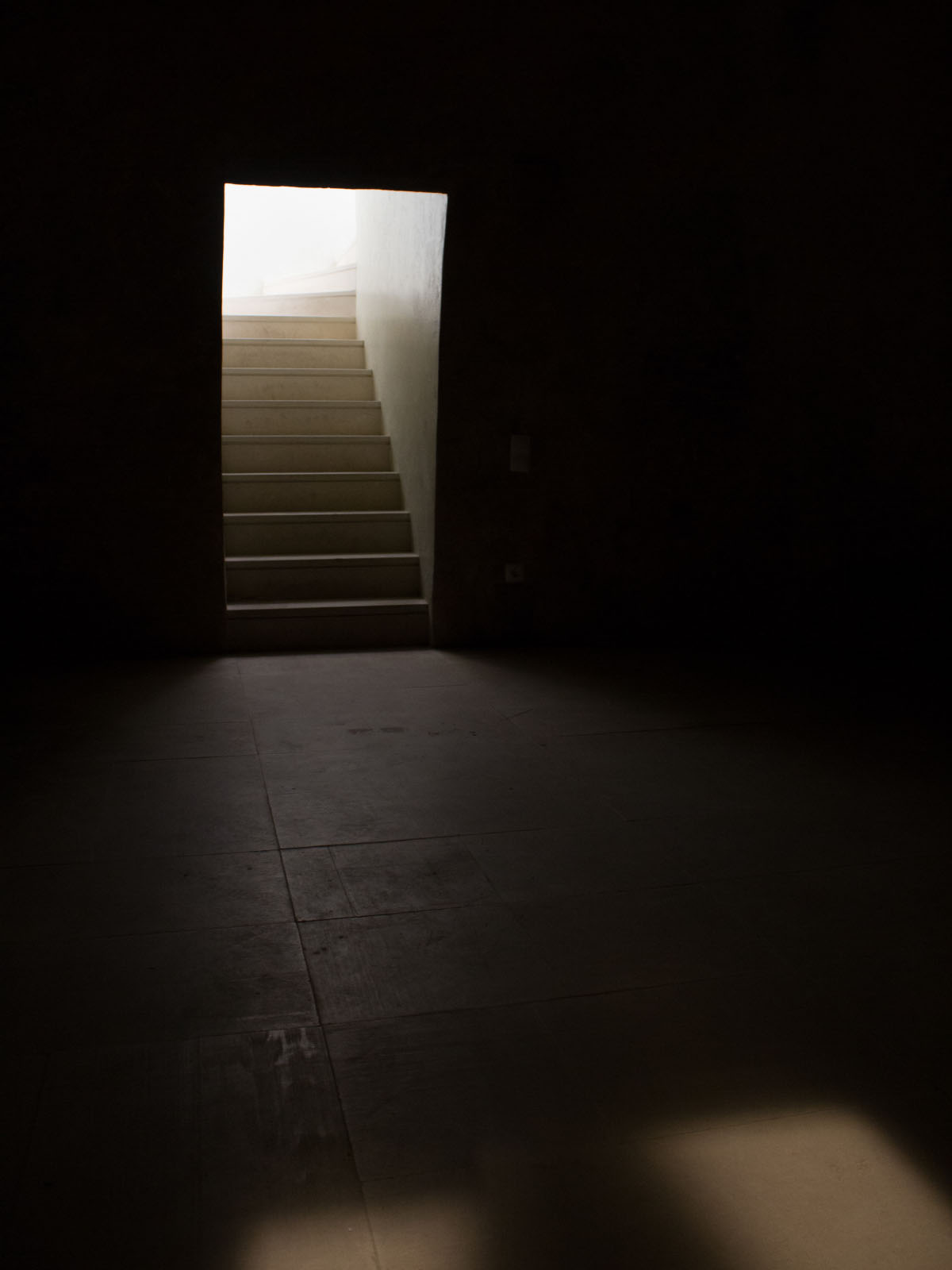 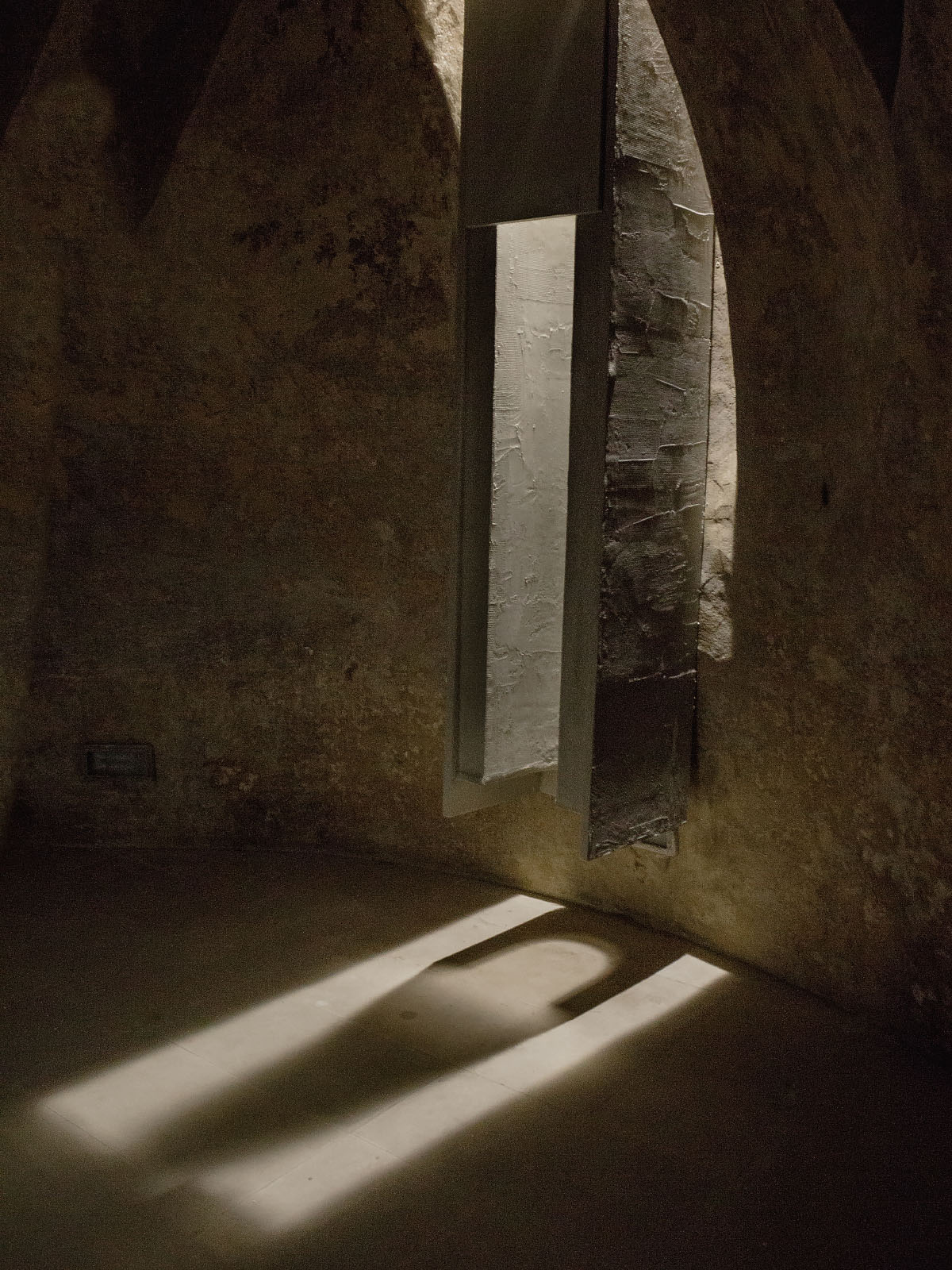 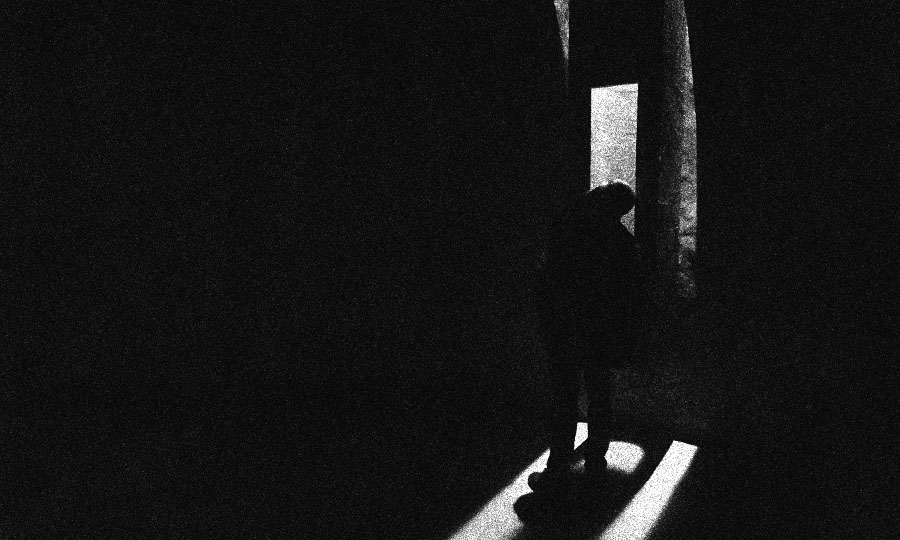 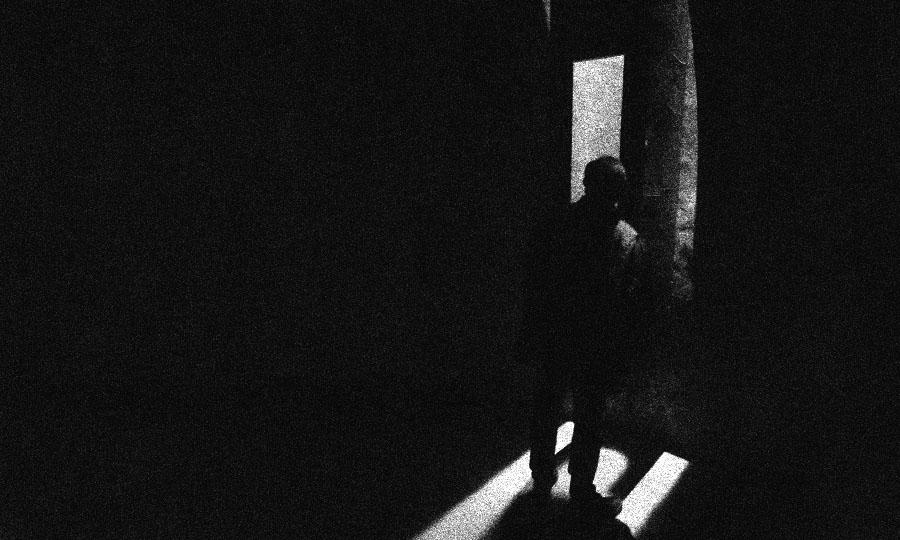 1. Program
As a result of the second edition of the artistic residency programme at Casa da Cerca, the exhibition by João Dias, Desenhos em Betão. Estudos de Luz [Concrete Drawings. Studies of Light] took on a concrete challenge. While our first such programme was inspired by the garden, this time we decided to challenge the artist to focus on the house. Thus, taking its architecture and that of the cistern, in particular, as a focus for analysis, João Dias reflected on the movements of water and its paths. He focused on how water springs up and falls, on how it flows and tumbles, and on how it disappears. This led him to consider drainage channels, which he decided to approach as conductors of light. The reference to water and to the architectural elements that embrace necessarily observed such contours.

2. A previous context
Focusing on light seemed quite logical, given the nature of the artist’s work. The first works I saw by João Dias radiated light, transmitted by the use of colour – a blunt, lively colour of happy contrasts devoid of any sense of apology or nostalgia. This light arose from two-dimensional pictures or, at times, from three-dimensional ones, announcing a sculptural approach in his painting, a desire to abandon two dimensions and gain a bodily presence, sharing the space with the observer. To achieve the latter, colour was made scarce, shining through the ashy hues of the rigorous geometric concrete artworks, thus gaining a special intensity, just as sunbeams that beaming through the gaps between the clouds hit certain objects, giving them a sudden glow. It’s as if they’re smiling at us.
Colour is a matter of the senses, as painters are well aware. As such, the project meant a sweeping modification to this year’s Five Senses programme. The painter warned us that for this particular exhibition he was not considering using colour. In the conversations that we had during his residency, the artist believed that for the House of Drawing, the works he was going to create should maintain a discreet grey, evoking the classic materials of the subject.​

3. Process
Drawing is, I think, born of an analytical desire. Its stems from a will to grasp what is essential in the world, even if by world we mean a mere fragment like, for example, an architectural element in a house. As one would expect in a residence, the process of creation underwent several phases of experimentation. João Dias began his work drawing, taking notes about space and interior and exterior images of architecture. In the course of this exercise, the process took a clearer course. It did now directly draw upon nature or the space. Quite the opposite: the artist built upon what he put down on paper, on his sketches. Drawing, as we can clearly see, is born of a will to differentiate.
Then the artist built the models. These were hand-sized models used for experimenting with the nuances of light as it glances upon the material. Using Styrofoam plates as a sculptural material, João Dias carved and observed. Placed under the sun, these tiny sculptures moulded the light and casted their doubles, their shadows, clarifying both the paths of light and anticipating the large formats of the definitive artworks. The artist created several experimental pieces and then decided on which to choose, depending on how they behaved and how they dealt with the light, allowing it multiple itineraries.
Artworks that behave as sundials were designed to be placed on the walls of the house, near the cistern, as well as inside it. Light would flow through these artworks like water, along trajectories that would vary throughout the year, as the Earth moves around the sun and as it spins on its axis.
The artworks, therefore, would have to cast their doubles – doubles that are not exact but, again, complementary. Doubles that add body to the works, retrieving them from the uniformity of light, distinguishing them from one another. In the cistern, where the sunlight does not penetrate, the decision to introduce light establishes a movement contrary to that of water. Indeed, in the cistern water never entered through the channel in which the sculpture was placed. Quite the contrary: it was drained through this channel. Water always entered this space through the ground, rising from the floor and infiltrating the walls, surging up like a mysterious tide.
Let us go back to the process. How did the artist create these works? After the modelling, there were several phases of construction. There was an iron structure, covered by Styrofoam boards, covered by concrete – materials that João Dias has explored in recent years. Are they sculptures? Yes. Drawings? Yes. Why? Because drawing is the conceptual ground upon which they rise, the idea to which these pieces grant their body. What is more, the body itself is symbolically devoid of colour. Drawing is, I believe, born of a desire to embody.

4. Some elements for deciphering the work
Borne of architecture, these shadow drawings, as João Dias defined them, are indeed revealed by light and shaped by the resistance posed by their compact bodies. These sets of volumes culminate in the artwork created for the cistern, the last stop on this light-based itinerary.
Inside, in almost absolute darkness, perhaps leading some of the visitors to experience some discomfort due to the lack of immediate points of reference, the revelation of light comes as a relief. Emitted by a geometric body that fills the emptiness through which the water once exited, the light beams down from above, hitting the ground and leading our gaze to make a discovery. Our need to adapt to this dark setting reminds us that vision is not as immediate a sense as we so often suppose.
This restrained dialogue of light and shadow turns the cistern into a sculptural piece. Immersed in its drawing, as if we were alone within our own gaze, our perception of space – and our relationship with it – changes.
The intimacy suggested by such surroundings busts out of the rigorous containment of the work through the precise and stage-like use of light. This is the only work of the exhibition in which light is constant and does not metamorphose over time. It evokes other sorts of architectural memories, inspiring us to look inwards; the source of light from above (reminding us of Gothic cathedrals, for example) suggests that this could be a place of contemplation or meditation. It acts as a trigger for our memory.
As always, we interpret these works in the light of our own experiences. Itinerary is a key word here, a metaphor for the mixing of meanings of what we are encountering and what we are bringing. From the initial project designed for this itinerary of light to our own personal journey, the promise of these drawings is fully realised. The twain meet in the place where we are alone with ourselves, striving to broaden our sensory experience amid light and shadows.
So here we have them. Drawings built upon duplicity, yet as clear as a mark of charcoal on a sheet of white paper. Even deprived of colour, the containment of this programme suits these artworks so clearly, maintaining their resilient and affirmative character. Drawing is, after all, a record of contrasts. We can see why a painter may still feel the temptation to draw and why, so many years ago, Vasari defined drawing as the mother of all arts.